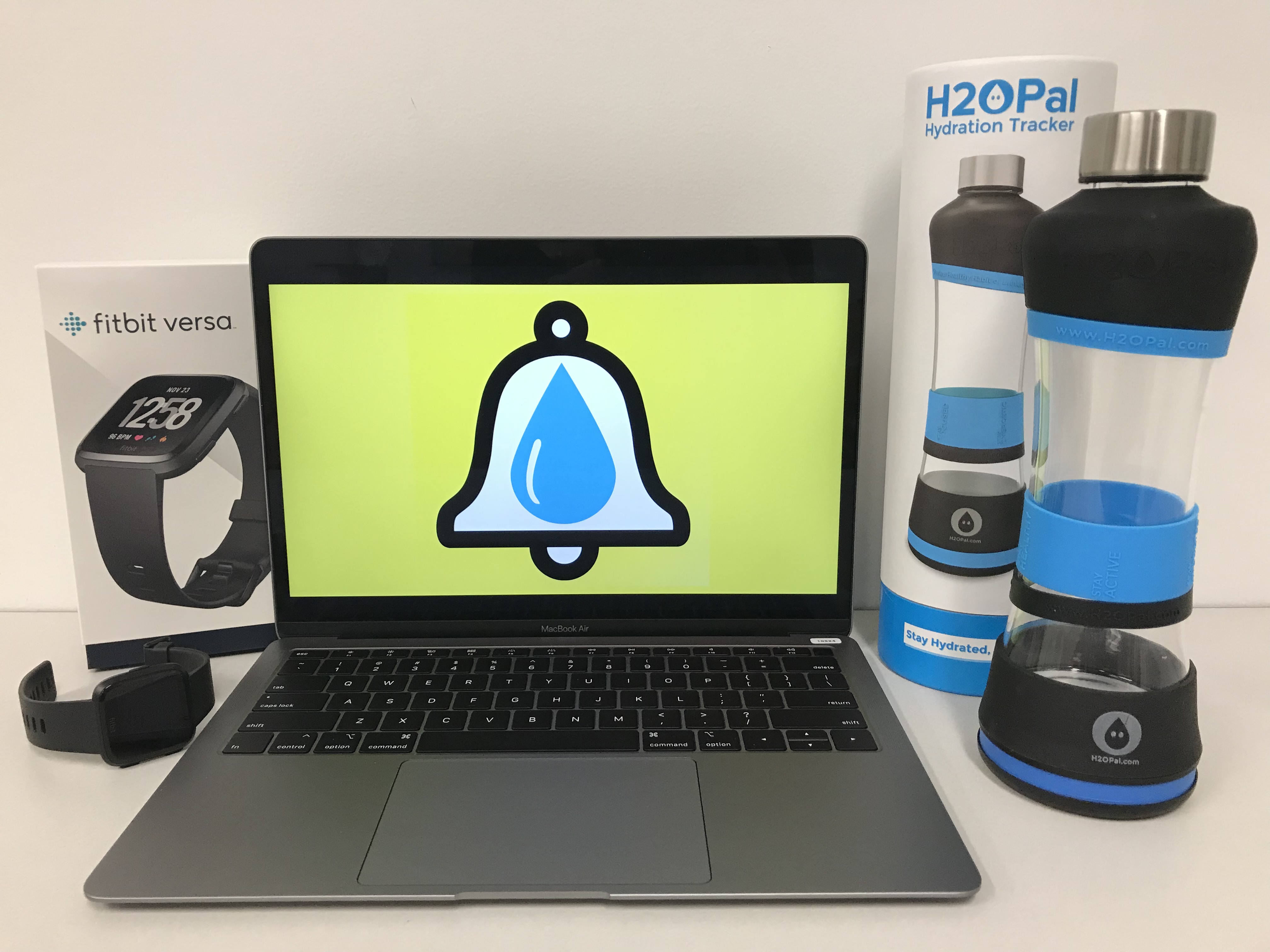 We'll be chatting with David on April 23rd at 10AM PST as part of our virtual booth. Join us for a Q&A and to ask your own questions about sipᴵᵀ, other projects David's team has tackled or wearables in research in general!

A couple of years ago, Penn State University’s Motivation Lab team, led by David Conroy, PhD, approached us with an idea: could we use Fitbits, in conjunction with other tools, to monitor and encourage people to hydrate more often?

The behavioral intervention he had in mind would be targeted at people who had previously struggled with kidney stones. Stones affect 1 in 9 adults in the US, cause great suffering, and are a source of health care burden. A core component of prevention guidelines involves increasing fluid intake to reduce opportunities for minerals to crystallize into stones. Increasing fluid intake among people who have experienced stones in the past lowers the rate of recurrence, but that less than half of them adhere to fluid intake guidelines for prevention.

The hypothesis for Dr. Conroy’s study was that if we can understand more about how often those people are drinking water or other liquids, and remind them to do so if they weren’t drinking often enough, we may be able to help them form healthier habits around hydration.

An interesting project, for sure, and the kind of challenge we’d not tackled before, but we were up for it. So, we got to work with Dr. Conroy on an acceptability study that came to be known as the sipᴵᵀ project.

“We know that a variety of technologies exist to increase fluid intake, from apps to connected water bottles, but we’d not seen anyone integrate technology that patients wanted with principles from behavioral science to change this behavior,” said Conroy. “We found out what tools patients were interested in using to up their fluid intake: wearables, water bottles and such, and used that as a starting point for planning out just how we’d integrate those technologies with scientific principles to change this behavior.”

The study would use Fitbit Versas (smartwatches paired with participant iPhone phones to monitor for drinking motions, a smart water bottle to track fluid intake and a mobile app to deliver reminders-to-drink on a just-in-time basis. The Fitbit Versa piece of the puzzle was ours to develop. Fitabase created an app capable of reading accelerometer and gyroscope sensor data on the Versa. That information was fed continuously through a paired-down previously developed and validated algorithm created by the study team and in near-real time, we’d know whether a participant had made a drinking motion. Drinking gestures detected by the watch were combined with automated recordings from a connected water bottle and manual entries in the bottle’s companion mobile app to create a semi-automated tracking system. This system was used to trigger reminders when participants had not been drinking.

Here’s a deeper dive on what this all looked like:

By the time we finished development in coordination with the other app builders, the algorithm was detecting drinking motions with 90 percent accuracy.

“The sipᴵᵀ pilot was a great example of what’s possible with the new programmable features of modern smartwatches,” said our CEO, Aaron Coleman. “We can now use novel algorithms for real time notifications in a way impossible even just a few years ago. The wrist represents a whole new way to interact with participants and we were excited to work with Dr. Conroy’s team on this innovative study.”

The study started enrolling participants in late 2018. Within 6 months, 31 participants were fully outfitted with all their sipᴵᵀ tools and ready to hydrate.

“We found that people were willing to use these devices to help them form a habit around hydrating more regularly,” said Dr. Conroy. “This study wasn’t enough to tell us whether the sipᴵᵀ tools were effective at increasing fluid intake or reducing risk for recurrence but we do know that the approach is technically feasible and patients accepted the approach. We think it could make a difference clinically because patients with stones have few options.”

Dr. Conroy’s long-term goal is to examine whether real-time reminders and notifications to drink after a period of not drinking will increase compliance with fluid intake guidelines among patients who have experienced kidney stones. We’re excited to keep iterating on the work we did with Dr. Conroy’s study over the next year, and to tackle more work like it.

If you’re looking to do new, innovative things with wearables, we’d love to hear about it! We are always keen to explore new ways we can work with researchers to push the boundaries of research with consumer devices. You can also join us at our virtual conference booth to say hello, ask questions and find out about platform improvements.

Many thanks to Dr. Conroy and the rest of the Motivation Lab team that gave us this fun opportunity: Ashley West (PhD candidate at Penn State), Necole Streeper, MD (urologist in the Penn State College of Medicine), Kathleen Lehman (research technologist for Dr. Streeper), and Deborah Brunke-Reese (Motivation Lab manager).